what is intermitting fasting?

Intermittent fasting is an eating pattern where you cycle between periods of eating and fasting.

It does not say anything about which foods to eat, but rather when you should eat them.

There are several different intermittent fasting methods, all of which split the day or week into eating periods and fasting periods.

Most people already "fast" every day, while they sleep. Intermittent fasting can be as simple as extending that fast a little longer.

You can do this by skipping breakfast, eating your first meal at noon and your last meal at 8 pm.

Then you're technically fasting for 16 hours every day, and restricting your eating to an 8-hour eating window. This is the most popular form of intermittent fasting, known as the 16/8 method.

Despite what you may think, intermittent fasting is actually fairly easy to do. Many people report feeling better and having more energy during a fast.

Hunger is usually not that big of an issue, although it can be a problem in the beginning, while your body is getting used to not eating for extended periods of time.

No food is allowed during the fasting period, but you can drink water, coffee, tea!

Some forms of intermittent fasting allow small amounts of low-calorie foods during the fasting period.

Humans have actually been fasting for thousands of years.

Sometimes it was done out of necessity, when there simply wasn't any food available.

In other instances, it was done for religious reasons. Various religions, including Islam, Christianity and Buddhism, mandate some form of fasting.

Humans and other animals also often instinctively fast when sick.

Clearly, there is nothing "unnatural" about fasting, and our bodies are very well equipped to handle extended periods of not eating.

All sorts of processes in the body change when we don't eat for a while, in order to allow our bodies to thrive during a period of famine. It has to do with hormones, genes and important cellular repair processes.

When fasted, we get significant reductions in blood sugar and insulin levels, as well as a drastic increase in human growth hormone.

Many people do intermittent fasting in order to lose weight, as it is a very simple and effective way to restrict calories and burn fat.

Others do it for the metabolic health benefits, as it can improve various different risk factors and health markers.

There is also some evidence that intermittent fasting can help you live longer. Studies in rodents show that it can extend lifespan as effectively as calorie restriction.

Some research also suggests that it can help protect against diseases, including heart disease, type 2 diabetes, cancer, Alzheimer's disease and others.

Other people simply like the convenience of intermittent fasting.

It is an effective "life hack" that makes your life simpler, while improving your health at the same time. The fewer meals you need to plan for, the simpler your life will be.

Not having to eat 3-4+ times per day (with the preparation and cleaning involved) also saves time. A lot of it. 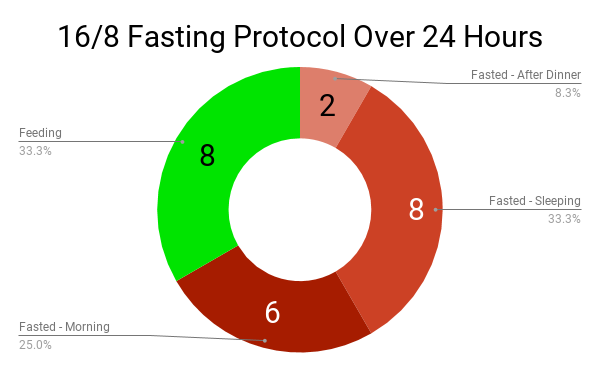